THX is a brand synonymous with sound, best known for its eardrum-tickling deep note trailer played before movies in theaters. For years, THX has partnered with hardware makers, lending its expertise in sound to improve the audio capabilities of everything from smartphones to laptops, and now the company is finally releasing its own consumer product: a tiny amp that promises to make headphones sound better if you’re willing to give up the convenience of wireless.

Before we dive in, I’ll admit that I’m in no way an audiophile. I’m happy to listen to music through a pair of lightweight wireless earbuds with the audio compressed several times (while it’s being streamed, and then further compressed so it can squeeze into the limited wireless bandwidth of the Bluetooth protocol) before it reaches my ears. But I’ve also spent plenty of time behind a mixing board with professional studio headphones pumping live music into my ears, and can easily hear the difference between the two. Most of the time I’m happy to prioritize convenience over quality, and I have little interest in bankrolling and obsessing over a home stereo setup costing tens of thousands of dollars, but when working at home and listening to music I’ll always reach for a pair of over-ear headphones instead of buds.

THX’s first consumer product might seem like it’s targeted solely at audiophiles, but after trying the $200 Onyx for a few weeks, I think it’s definitely an upgrade that anyone looking to improve their headphone listening experience should consider. But to really take advantage of what it offers, you’re going to want to also consider a serious headphone upgrade—and I mean spending well north of even the $550 Apple AirPods Max.

The THX Onyx is a combination amplifier and DAC—digital to audio converter—that’s designed to make the audio coming out of a pair of headphones sound as good as it can possibly be. The headphone jack on your laptop or (older) smartphone already functions as both an amp and a DAC, converting digital audio files or streams into analog signals and then passing them along to the drivers in a pair of headphones, and for most consumer-grade audio gear, they do an adequate job.

But your average laptop and smartphone also use average performing amplification and DAC components to keep prices low, which can result in compromises in sound quality and audio fidelity when digital files are being converted, as well as unwanted noise being introduced. It can even result in a large pair of headphones just not being loud enough because the built-in amp on a device simply doesn’t send enough power through the headphone jack.

G/O Media may get a commission

The Onyx might not be the first headphone amplifier available—audiophiles have been relying on these types of devices for years—but THX has created what might now be the sleekest and easiest to use amp/DAC available to consumers. Squeezed inside the slim dongle is a THX Achromatic Audio Amplifier (which promises increased sound levels with minimal noise and distortion) paired with an ESS ES9281PRO DAC that includes an “integrated hardware MQA renderer.” It all sounds very technical and most consumers don’t really need to know what any of that means, but MQA—which stands for Master Quality Authenticated—is a new standard that promises better than CD quality sound through digital files that are still small enough to stream or download, and it’s a standard that’s quickly being adopted across streaming services promising high-fidelity audio.

In layman’s terms, the THX Onyx is an easy to use USB-C dongle (it includes an adapter for old-school USB ports) that provides an alternate place to plug your headphones in for better sound. It draws all the power it needs from a computer or mobile device and does everything needed to deliver better sound to a pair of headphones automatically. There are no buttons to press, no dials to turn, and nothing to configure. It just works.

As easy as the Onyx is to use, it does come with one big compromise—you’ll have to embrace wires again. The improvements in sound quality it promises aren’t available through wireless headphones. It gets even worse if the smartphone you’re using is an iPhone with an antiquated Lightning port (there’s a reason Apple doesn’t use Lightning on its laptops) instead of USB-C. According to THX, you’ll need to pair the Onyx with Apple’s $29 Lightning to USB Camera Adapter for it to work with iPhones, adding one more dongle to the mix.

Returning to a life of headphone cables and dongles isn’t easy, but if you regularly listen to music through a pair of on-ear or over-ear headphones, you’ll immediately notice a difference when using the Onyx. I tested the amp/DAC with a pair of Sony’s excellent WH-1000XM4 headphones (with an audio cable attached) and I immediately noticed how much louder and fuller the sound is. When plugged directly into my MacBook Pro’s headphone jack I can turn the volume all the way up on the Sonys for most songs without the sound levels being uncomfortable, although near the upper levels it does start to sound like the signal is being overdriven. Through the THX Onyx I can only turn the volume up a little past the halfway mark before the Sony headphones are too loud for my years, but even at those levels there are no compromises in how good the music sounds, and it doesn’t sound like the amplification is reaching its limits—only my ears are.

It’s not just about being louder, though. A stronger signal helps headphones produced a more nuanced and fuller sound, with a larger dynamic range that helps ensure what you’re hearing is closer to what the sound engineers behind a track wanted you to hear.

If you really want to experience the full benefits of the $200 THX Onyx you’re going to want to spend a little (or a lot of) money. Streaming services like Amazon Music HD and apps like Audirvana provide access to and playback of higher bit rate audio files, as do video services like Disney+, Hulu, and Netflix. Apple Music doesn’t currently offer a higher quality streaming option, and Spotify only recently announced a HiFi option, so while testing the THX Onyx I relied on Tidal HiFi ($20/month subscription with a free month-long preview) which offers many tracks at a ‘Master’ level that promises studio quality audio.

The Onyx itself will actually let you know the quality of the track you’re listening to with its set of three color-changing LEDs. Blue is CD quality or slightly above, yellow is high resolution, red is Direct Stream Digital (what Sony and Philips used for Super Audio CDs), and magenta is for max quality MQA certified tracks. I was skeptical that I’d hear much of a difference swapping the Sony WH-1000XM4 headphones between my MacBook Pro’s headphone jack and the THX Onyx while listening to ‘Master’ quality tracks through Tidal, but my ears had no trouble discerning which was which. Music coming through the MBP’s headphone jack was noticeably flatter with less of a dynamic range than when connected to the Onyx. I’m not sure if the difference is big enough to warrant spending $20/month on Tidal HiFi if you’re using $350 headphones, but it might be if you upgrade.

The other obvious way to take advantage of a device like the THX Onyx is with a better set of headphones, so in addition to the Sonys, I also tested the Onyx with a pair of $1,000 Beyerdynamic T5 High-end Tesla headphones. Now that my ears have had a taste of the better life, they’ll never be happy with wireless earbuds again. Imagine taking a high-performance sports car for a spin after filling its tank with Zippo lighter fluid, and then once again filled with jet fuel. The Beyerdynamics still provide a better listening experience than the $350 Sonys when plugged directly into my MacBook Pro, but when plugged into the THX Onyx, the T5s are given everything a $1,000 pair of headphones needs to make a hifi audio track sound unbelievable.

Audio compression often strips away frequencies our ears are less sensitive to to reduce file sizes, but with a hifi digital stream, the Onyx, and $1,000 headphones, you hear everything. Blasting the original Star Wars theme through Tidal made it feel like I was sitting on stage with the London Symphony Orchestra, and I now understand the stereotype of the rich old dude sitting in a plush leather chair with a giant pair of expensive headphones on. I didn’t want to take the Beyerdynamics off either.

Like many of you, I often roll my eyes at audiophiles who look down their noses at anyone who hasn’t shelled out tens of thousands of dollars for audio gear, but the reality is that even if you have a much smaller budget, you can still vastly improve your listening experience. The THX Onyx is a good first step in that direction. Just be mindful that it’s a $200 upgrade that could potentially put you on a slippery slope towards spending a lot more money. You’ve been warned. 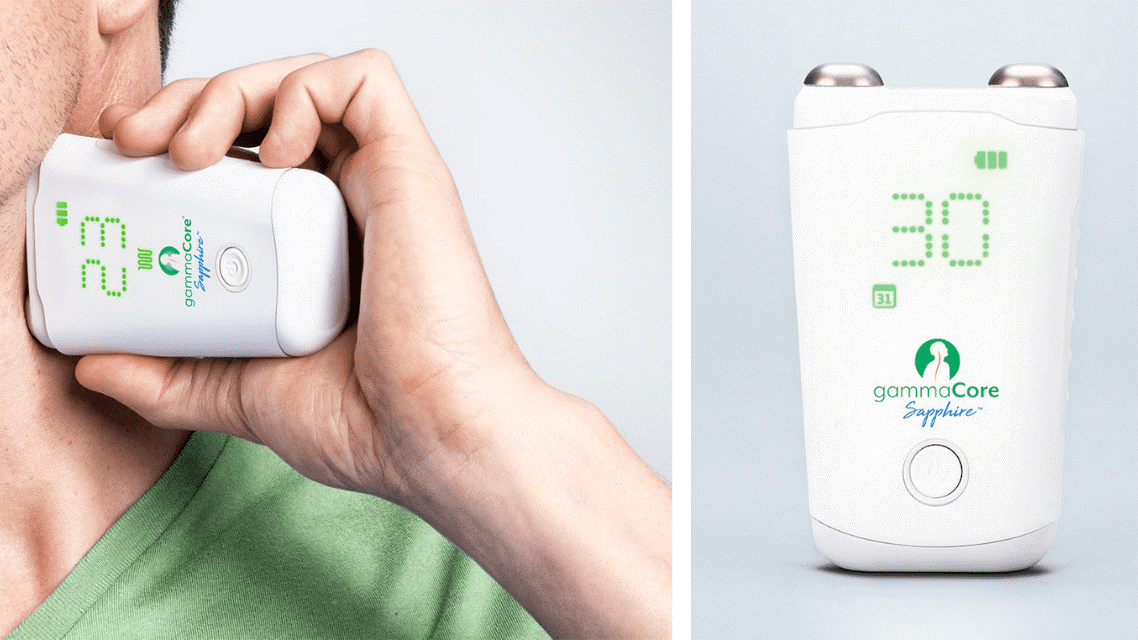 7 New Gadgets to Have on Your Radar This Week 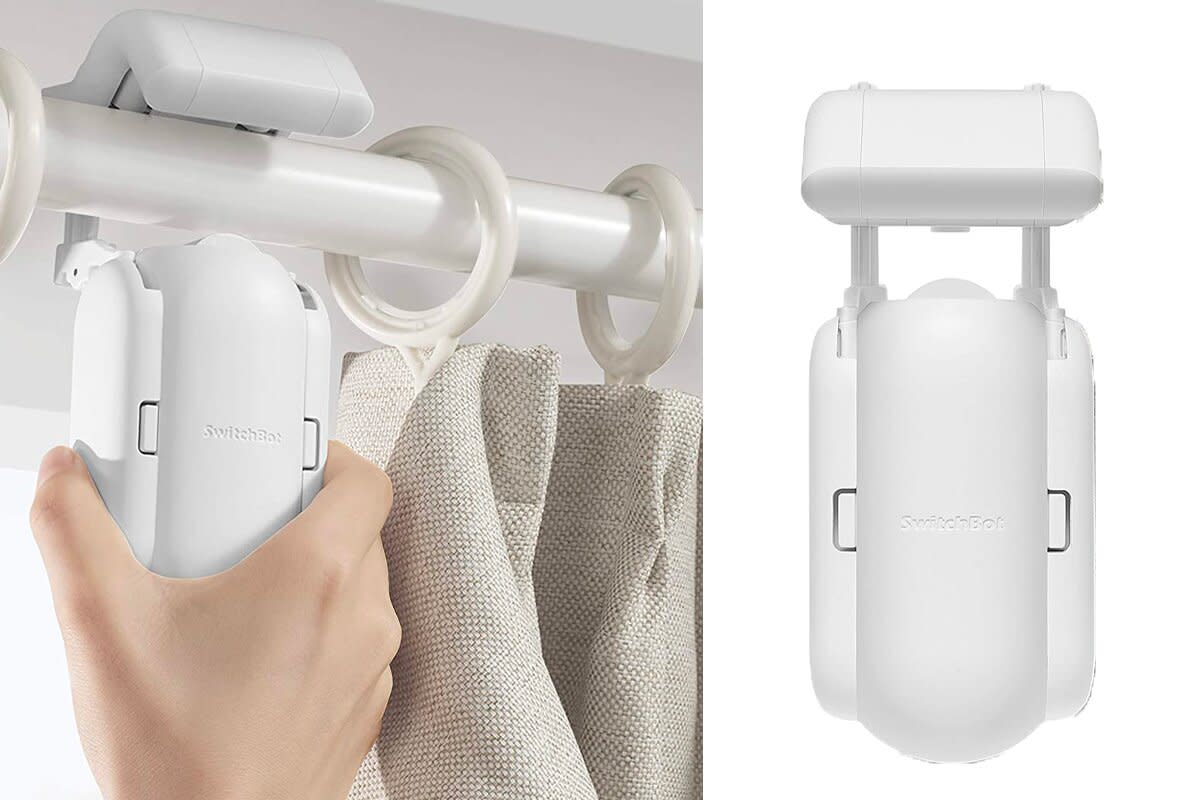